I am pleased to say that the road project is finished!  Well, sort of.  Firstly, I've made a start on some rivers, which by their very nature need to tie into the roads.  Firstly they will need to be forded by the roads and secondly I have a couple of road bridges from the very talented PMC games that will cross the river at a couple of points.  Once all that is done then I'd like to add a couple of sections to the road that have a pavement to represent the road going through the village.  However, that is likely to be months away if I even ever get round to it at all!  At some point I need to get back to some Zulu goodness.

Anyway, here's a few shots of the roads.  They've not turned out how I envisaged but they're good enough I think.  Well, it's academic if not as this is as good as I can do! 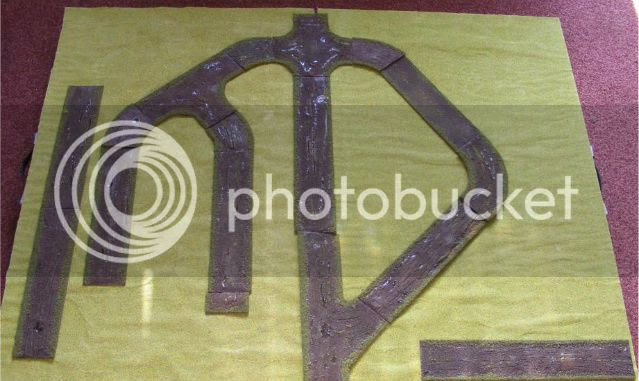 I'm was thinking that I might need to add another junction and maybe another road end, but then I found a junction that I had painted and not yet flocked so there is one more piece than shown above.
A little bit of close up detail: 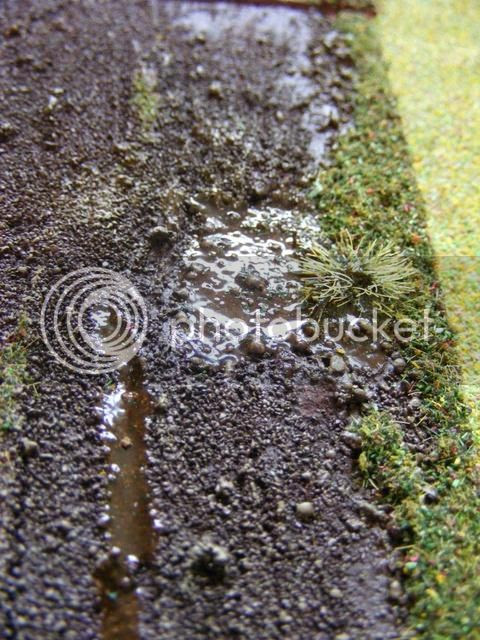 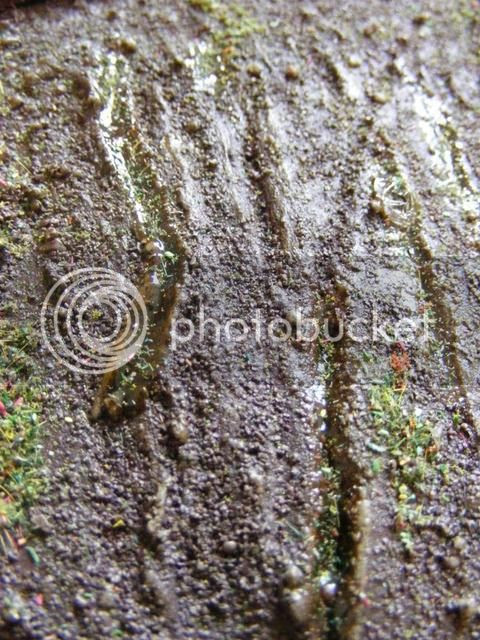 One of the junctions: 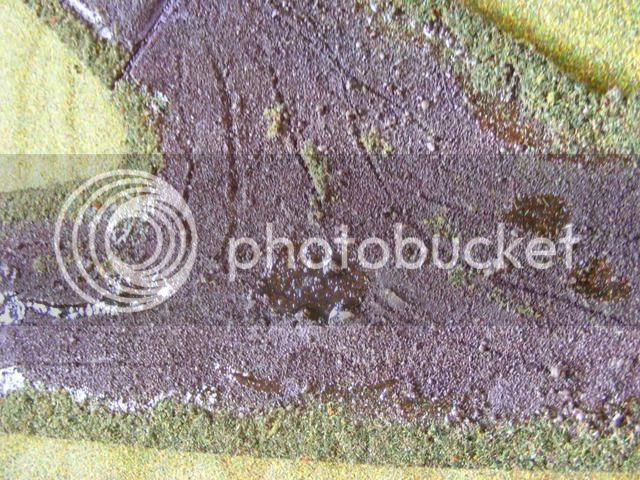 Unfortunately Lt Grubber decided to drive his little tank down the road and showed that it is actually a rather narrow track.  Maybe I'll need to make a second wider batch at a later date. 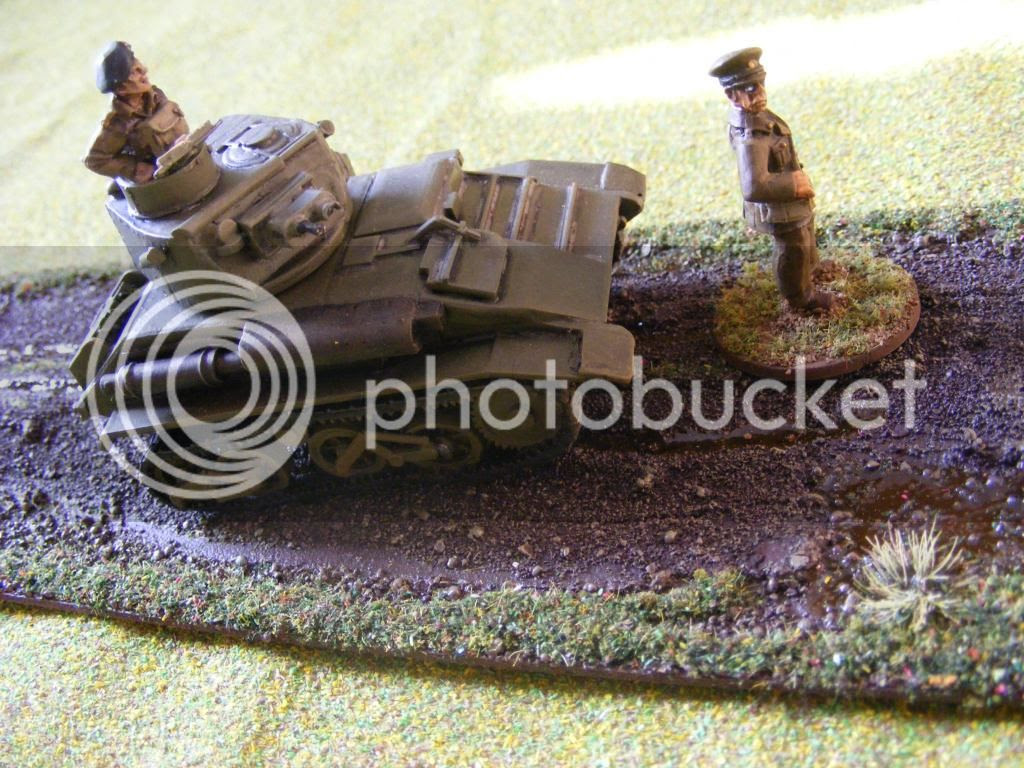 So that's it for roads for a while.  The rivers should be along soon.  If I get to work in the vanishing cabinet and ignore the list of jobs that my darling wife has left me!