I really love these miniatures from the Woodbine Design Company.  I'm not exactly how to use them in 1938 VBCW but I'm sure that I'll find a way, even if they're just a GM controlled force to mix things up a little! 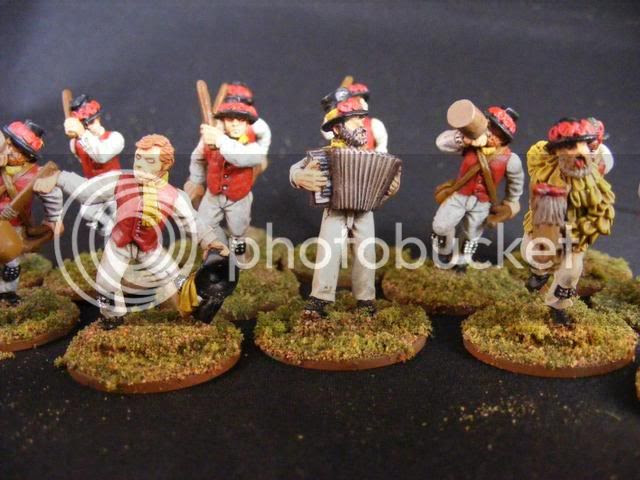 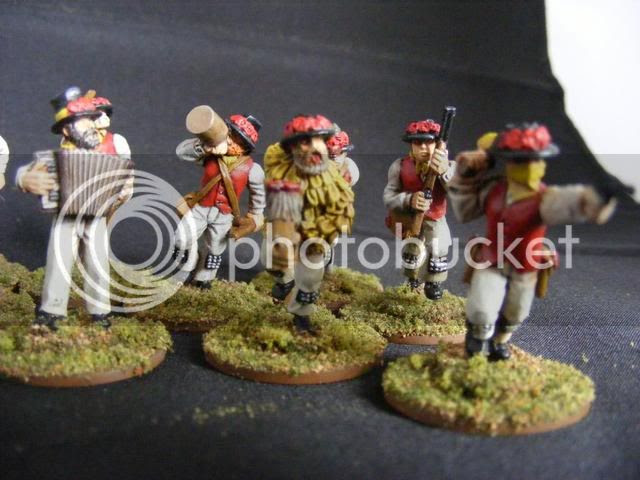 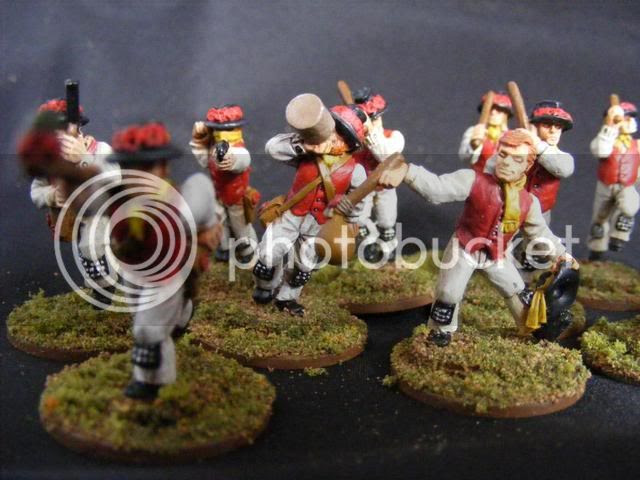 Posted by Modest Miniatures at 20:49 No comments:

This was the first 1938 VBCW force that I started and is still my favourite although I'd expect it to be nigh on useless on the battlefield I love the potential fluff for it!  Basically, Lord Percy Duker of Northumberland has assembled a motley crew of his shooting chums, gameskeepers and servants to deal with whatever needs dealing with.  Most notably dealing with the gastly oiks of the Ashington Coal Collective.

The miniatures are a mixture of Musketeer Miniatures and the Woodbine Design Company by Gripping Beast.  I love these miniatures and just wish that I could do them justice with the paintjob. 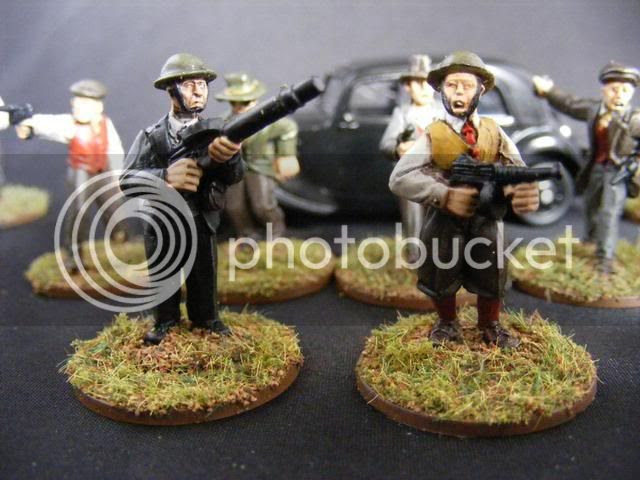 ﻿
﻿
The servants with their rifles providing the only decent ranged fire other than the Lewis gun: 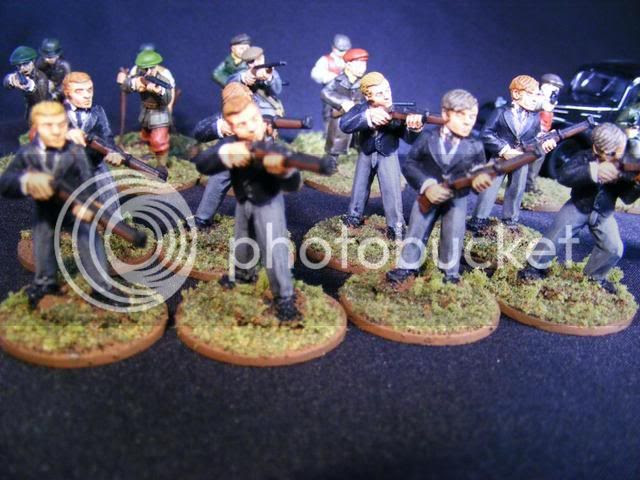 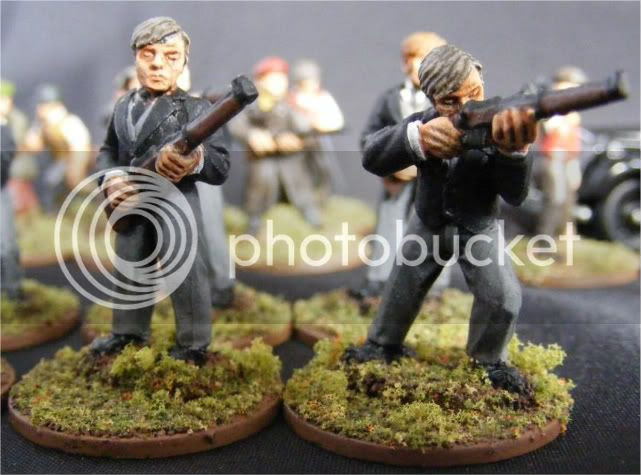 Lord Percy's motor vehicle under the guard of some of the farm hands: 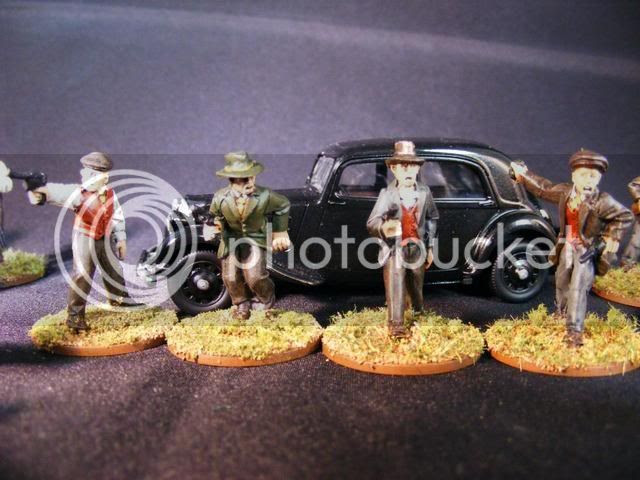 ﻿
﻿A few shots of the various shotgun armed members of the shooting party.  Not a great group to be around if you're a pigeon! 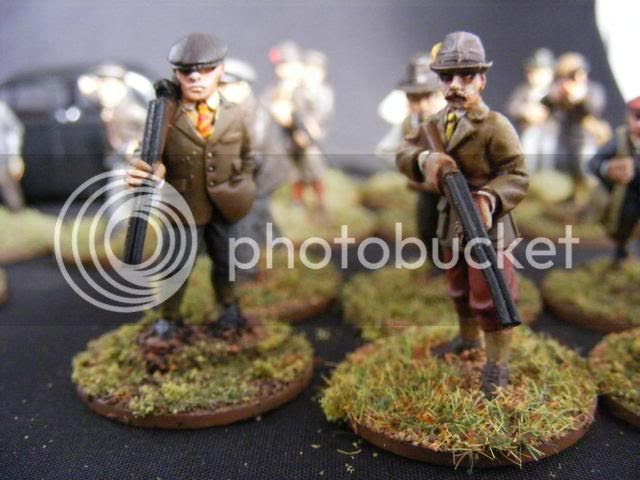 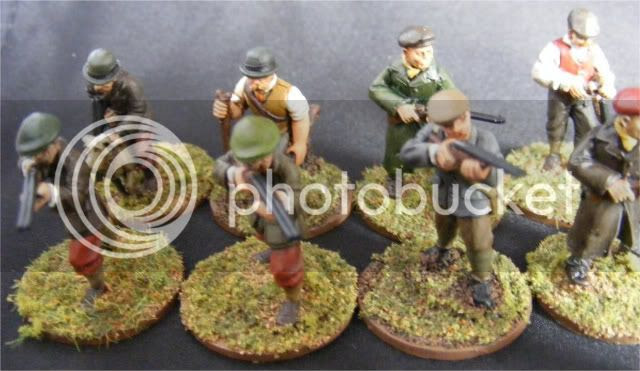 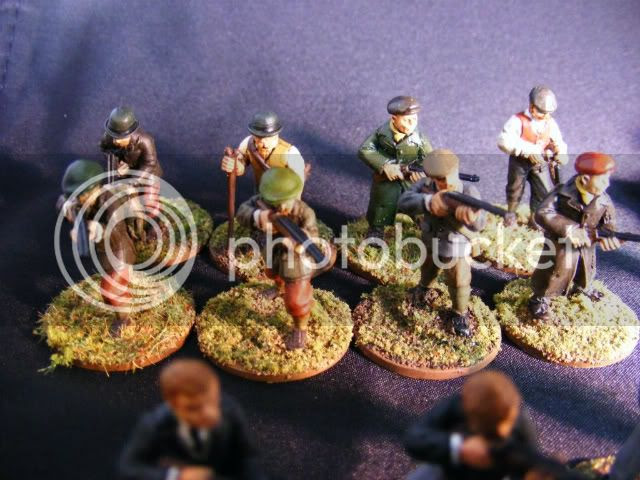 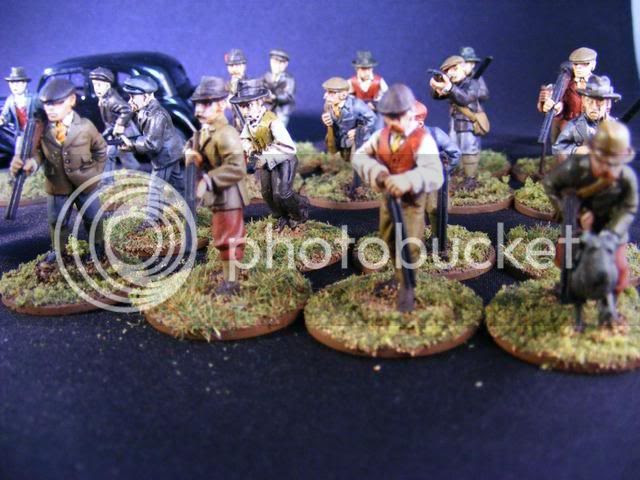 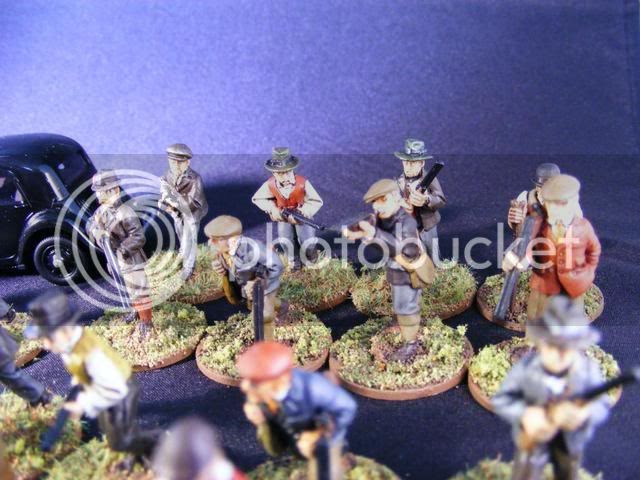 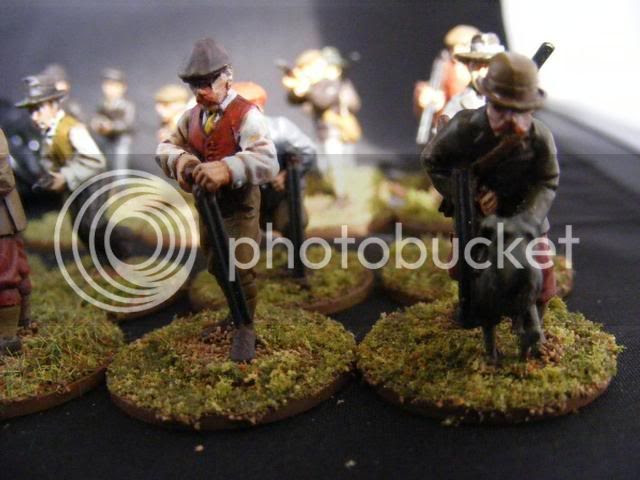 If you've got this far then thank you!  I'd appreciate any thoughts as to how you feel Lord Percy might align himself.  I would assume towards the Monarchy but would it be Edward or Albert?  Or would he see the Civil War as a chance to re-establish the Kingdom of Northumbria?

I've just finished my BUF cavalry from Reiver castings so I thought that I'd finally get round to basing up the rest of my nasty little fascists.  I then thought, why not take a few photos of the whole force?  So I did.  Then I remembered the new half track that I finished the other day, just after I'd finished taking photos.  Hey ho.  I'll grab them all out of the cupboard another day. 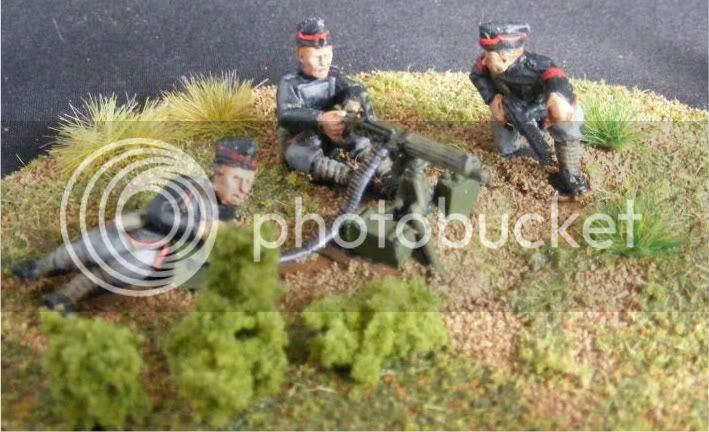 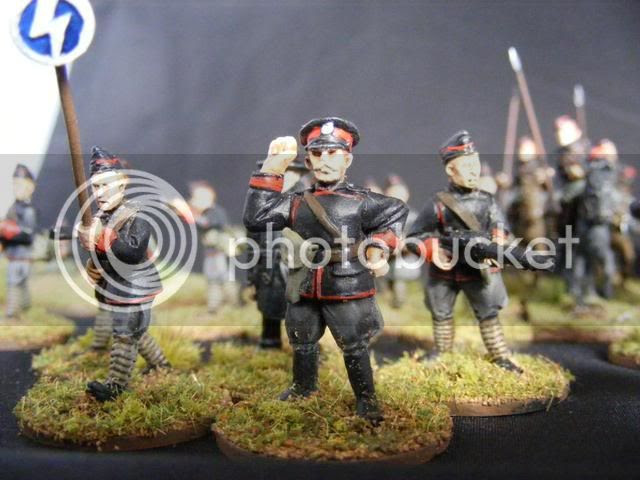 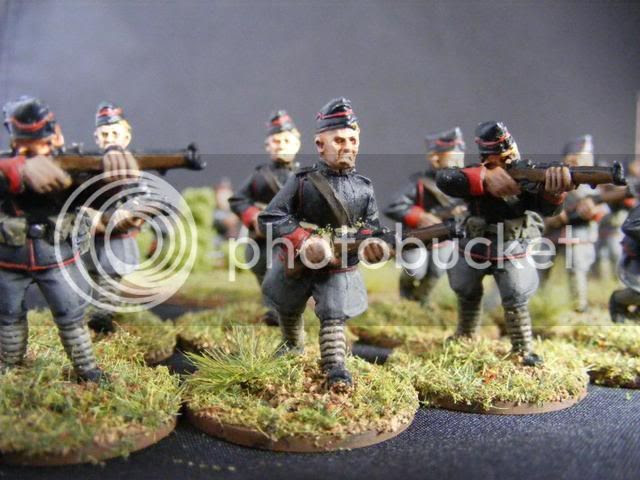 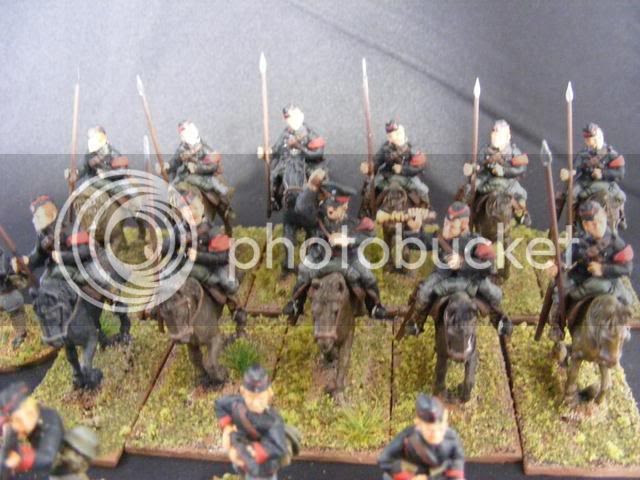 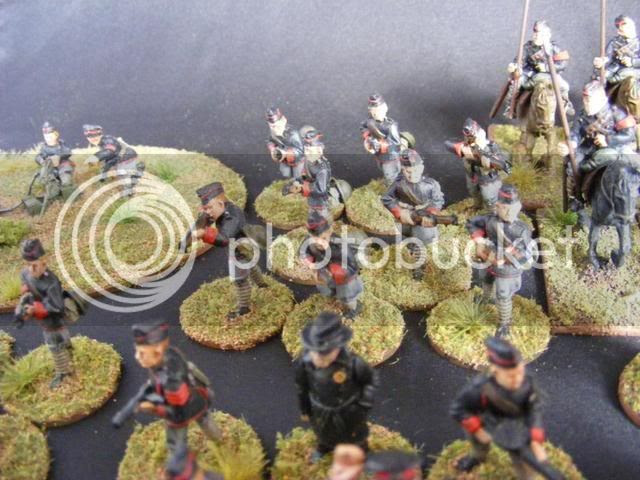 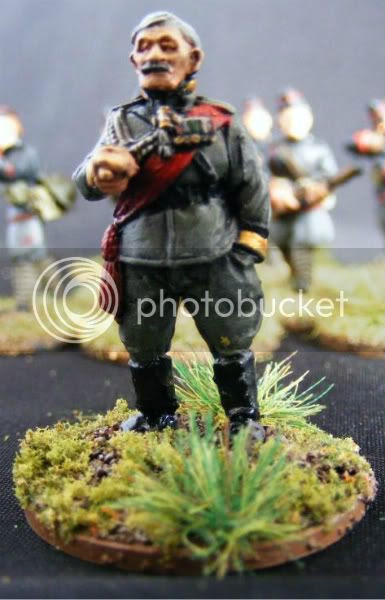 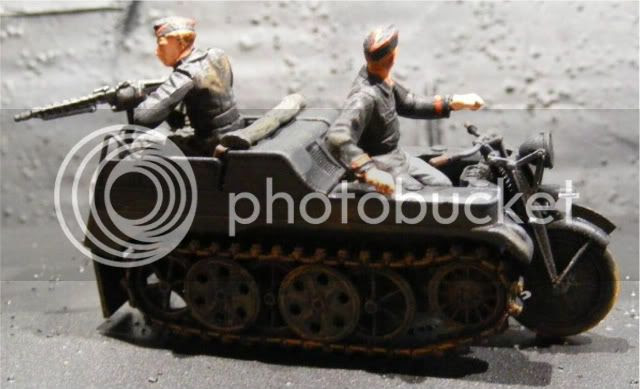 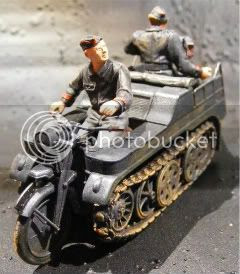 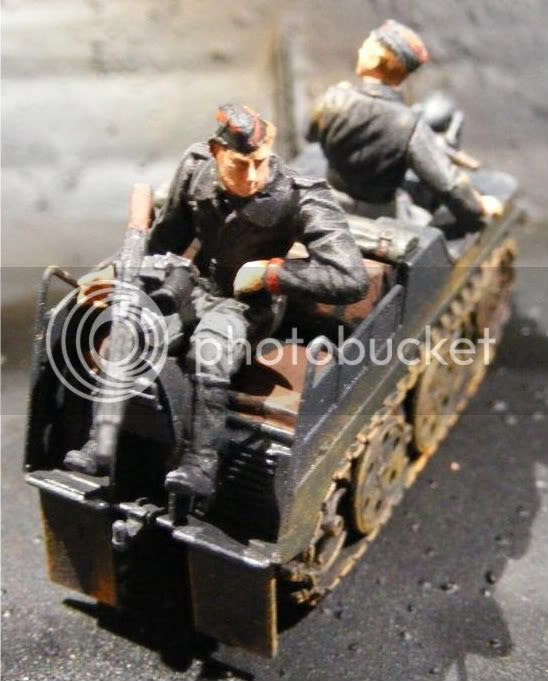 Of course there is one more chap, Cirencester himself.  Unfortunately I believe that he's rather tied up down in Worcestershire and so rather unlikely to be seen too often in Northumberland.

Posted by Modest Miniatures at 19:43 No comments: